Escape From New York (1981): A Cult Classic that Still Packs a Punch 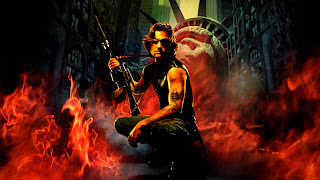 Rating:
****
By: Da'Mon Guy
John Carpenter’s Escape From New York is a visionary, action-oriented 1981 film that is most renown for the utilization of an anti-hero persona that laid the foundation for a number of action heroes to follow. It’s a innovative thriller that envisioned an incredibly dismal of state of affairs as in extraordinary increase in crime has forced the world to convert one of the capital cities has become a maximum security prison. The film stars Kurt Russell (Death Proof), Ernest Borgnine (Red), Lee Van Cleef (The Octagon 1980), Isaac Hayes (Hustle & Flow), Season Hubley (Kiss the Sky 1998), Tom Atkins (), Adrianne Barbeau (Back To School 1986), Donald Pleasence (Halloween: The Curse of Michael Myers), and Harry Dean Stanton (Rango).


John Carpenter’s Escape From New York was an unconventional action flick that was originally debuted in 1981. The film went on to become one of the true cult classics from the decade. It was a foresighted creation that was far paved the way for a number of roles for action stars. The movie tells the a tale that envisioned a world where crime has run rampant and the entire state of NY was converted into a maximum security prison.