The Lovely Bones: "An Emotionally Charged Testament of Love" 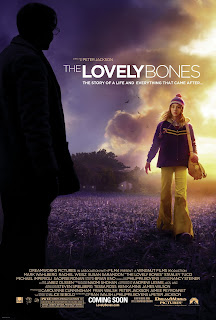 Rating:
***
By: Da’Mon Guy
The Lovely Bones is a tragic, emotionally charged expose that delicately pears into the afterlife. The film is a visual delight that revolves around the senseless murder of a 14-year-old girl. The movie stars Saoirse Ronan (Atonement), Mark Wahlberg (The Fighter), Rachel Weisz (Constantine), Stanley Tucci (Easy A), Susan Sarandon (Wall Street: Money Never Sleeps), Rose McIver, Michael Imperoli (My Baby‘s Daddy), and Reece Ritchie (Prince of Persia: the Sands of Time).

After a young girl is murder, the movie focuses on the effects of her death on her family and the man who killed her as she watches them all from the afterlife. 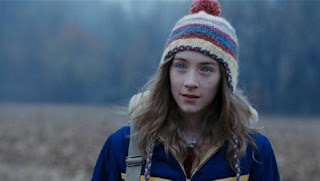 The Lovely Bones is an engaging, tragic but muddled story of love. This is a powerful portrayal of a family’s struggle to continue while dealing with the loss of a love one. The film was released in 2009 and is based upon a book written in 2002 by Alice Sebold. This beautifully depressing tale centers on a young girl’s murder and the effects of the loss on everyone around her. She then chooses to watch over all of the central figures in her life including the man who murder her from the afterlife. 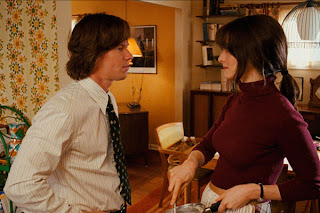 The film delicately handles this tragic subject with a great deal of tact as much of the brutality of this horrible act is unseen. The film provides the audience more than enough to stir multiple charged emotional responses throughout the course of the film. The Lovely Bones is not a murder mystery. It is an interesting look at death, afterlife, and how it affects loved ones. Use enduring the loss 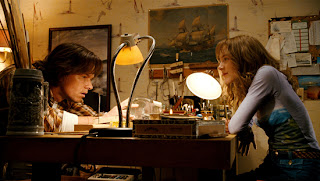 The Lovely Bones is a really unique story that is slightly mishandled in its delivery as a movie. It is filled with a number of unsatisfying aspects. The film is all about emotion. In particular, Susie (Ronan). The emotional aspects of the film are more less conveyed though the subject matter and through the performance of the actors. The movie does an adaquate job at establishing a relationship between Susie and her father. The film establishes the bond between Susie and her father but it mismanges the connection between her and the other members of her family. The movie shows the level of connectivity that Susie shares with her family. We never really understand the end of the film as Susie's relationship with her mother isn't clearly defined. Most of the more powerful moments are mishandled leaving us without a sense of satisfaction. 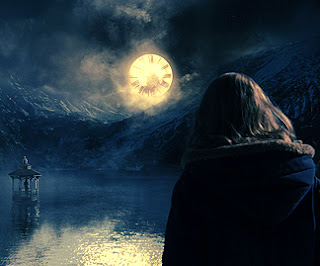 The film is a visual masterpiece filled with terrific imagery. The movie representation of the afterlife is one of the better points of the film. Susie’s time in the plane of existence between heaven and Earth is displayed marvelously. The colors and vivid, bright and enchanting as her time there is used to convey the large gambit of emotions that she is dealing with after her murder. The film uses all kinds of imagery to display the her time here. 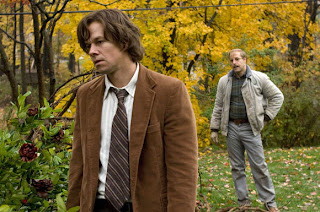 The visuals however great they may be don’t hide the fact that this part of the movie is slightly hard to follow. Susie’s time in the afterlife before Heaven is a very muddled aspect of the film. It’s supposed to convey her emotional state, which it does to a point but there are other aspects that are mishandled. The other victims that appear in the afterlife with Susie was an extremely confusing and disappointing aspect of the film. 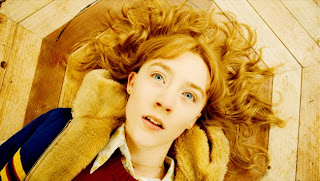 The Lovely Bones is a very emotionally stimulating movie. The subject matter of the movie makes it a very difficult movie to evaluate. The film causes us to instantly garner an almost immediate level of hate because of the subject of the movie. However, the film really gives no sense of satisfaction. The movie builds a great level of emotion only to never allow the audience to release it. It is filled with dramatic irony as Susie’s murderer is killed but not because of his heinous crimes but through irony. Susie’s wish for his death comes true but not in the manner that she wished for. A good watch to satisfy a boring night at home.
Posted by Da'Mon at 6:42 AM