Toy Story: " An Emotional, Heartwarming Addition that is Easily the Best Movie of 2010" 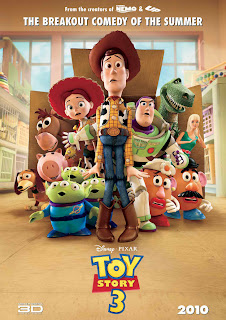 Rating:
*****
By: Da’Mon Guy
Toy Story 3 is an extremely entertaining, heartwarming, stellar animated feature that continues the wonderful adventures of Woody, Buzz, and the rest of the toys. This latest iteration stresses the bonds of family while humorously highlighting the progression of life. This is the third addition to the lovable franchise of films by the collaborative efforts of Disney/ Pixar. This latest emotional journey features most of the returning actors that have added their voices to bring these characters to life. Tom Hanks (Angels & Demons), Tim Allen (Wild Hogs), Joan Cusak (My Sister‘s Keeper), Don Rickles (Toy Story 2), John Ratezberger (Up), Estelle Harris (The Grand), Wallace Shawn (Furry Vengeance), Jodi Benson (Enchanted) and John Morris (Toy Story 1,2, &3) all resume their recurring roles. The film also adds some new voices such as Michael Keaton (The Other Guys) and Ned Beatty (Shooter). 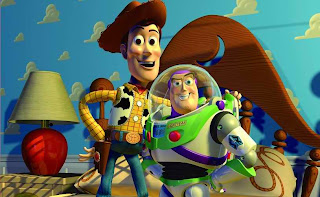 Toy Story 3 is the enjoyable, heartfelt continuing adventure of Woody (Hanks), Buzz Lightyear (Allen) and the rest of the toys that are owned by a Andy. The franchise returns to the big screen after an 11 year absence. This latest iteration shows the progression of the age of Andy, the toys owner. Woody, Buzz, and the rest of the toys feel unwanted and unloved as Andy has progressed to the point where he has outgrown them. Now a teen about to enter college, the toys question if they will have a place in his life as they have only become an afterthought. 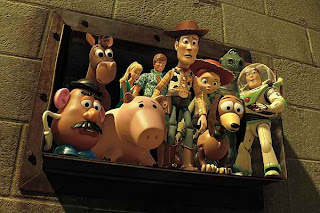 This tear jerking tale features is as good as movie’s get. It as a fine addition to the two great prior films in the series. This one aptly details all of the characters progression since the initial story was introduced many years ago. The film shows the growth of Woody and Buzz’s friendship during the course of the series. This newest addition to the franchise continues to focuses on what made these films great initially while building on the fantastic foundation that was laid by the two prior films.

Toy Story 3 is an entertaining masterpiece as it institutes a multitude of warm underlying themes that are disguised masterfully within the comedy and the appearance of a mere children’s cartoon. The film’s is unquestionably about family and friendship. Each of the Toy Story films have always been. It addresses positive as well as negative themes. The film addresses issues such as abandonment and solidarity. On the more positive aspect, this one is more about progression and how love, loyalty and family must endure all things. 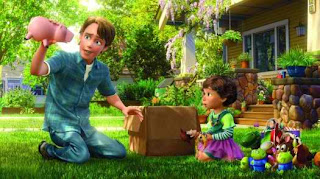 The dynamic magic of the first two films continues in Toy Story 3 despite an11 year absence. The cast has a magic that is uncanny over the course of a trilogy but has maintained it throughout. Toy Story 3 returns most of the cast from the prior two movies and never misses a beat. All of the are as good if not better than the first two. This is highlighted by the duo of Tom Hanks and Tim Allen. Hanks (Woody) and Allen’s (Buzz) chemistry are at the core of the franchise and is better than ever. The two set the bar for the franchise that continues to entertain. Nearly all of the cast from the prior two films return to this emotional experience. Michael Keaton (Ken) and Ned Beatty (Lotso) add some great voice performances to this third iteration to add to an already stellar cast. 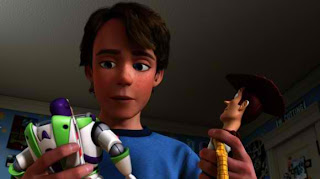 I love the first two Toy Story films, I really do. And Toy Story 3 has found its way into a place into my heart right next to the first two films. This one may be the most emotionally stirring of the three. The series of films are some of the most emotionally evoking films that you’ll see. Each one of them induces a different type of emotion. The first made you cheer as Buzz‘s saved Woody “This isn‘t flying,” “This is falling with style.”, 2 made you happy as Woody and Buzz welcomed Jesse and Bullseye and this one will bring you to tears of joy. The film will bring you to tears as Andy says good bye to Woody, Buzz and the rest of the Toy Story family of toys. When Andy gives a heartfelt explanation of his affinity for each of his make believe friends you will literally get choked up. The films are about feeling good and a celebration of childhood. These are more than just animated features, they are transcended stories that are universally appealing. Toy Story 3 should have won the best picture of the year academy award as it is a must see film for one and all.
Posted by Da'Mon at 6:42 AM