The Fighter: "An Engaging Story of Truimph" 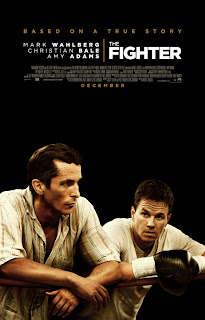 ﻿
﻿
Rating:
****
By: Da’Mon Guy
The Fighter is an engaging, performance driven biopic that depicts a portion of the life of World Light Welterweight champion, “Irish” Mickey Ward. The film is about boxing on the surface but deeply intertwined in the love of this brutal sport is a brotherly bond that is interconnected by a passion for the sport. The film is a testament about love, perseverance, and the loyalty to one’s family. The movie stars Mark Wahlberg, (The Other Guys), Christian Bale, (The Dark Knight), Amy Adams (Doubt), Melissa Leo (Everybody‘s Fine), Mickey O’Keefe, and Jack McGee (21). 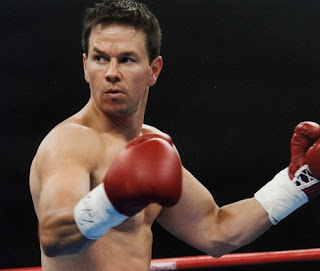 A boxer in the twilight of his boxing career overcomes the various setbacks and distractions from his uncivil family to find love and a level of success. As Mickey has begun his boxing career, he is heavily influenced by a dysfunctional family that glorifies Dickey’s singular moment to glory and burdens Mickey with the guilt of growing up in his brother’s shadow. 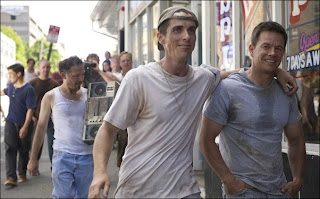 The Fighter is a absorbing testament of love, courage, and determination. This is an engaging showcase that focuses on a the love of a uncharacteristic brotherly bond. The film is a biopic set in the mid 1980’s that is based on the rise to stardom within the ranks of boxing by “Irish” Mickey Ward. Ward was the younger brother to another boxer, Dick “Dickey” Eklund. The Fighter isn’t really a sports film. Boxing serves as a backdrop to the relationship between brothers that grew closer because of a common love of the sport. The film’s boxing sequences are only minimally displayed as this part of Mickey Ward’s life isn’t the focus of the film. The film focuses on the turbulent but enduring relationship between Ward and the man with whom he idolized for much of his life, his brother, Dickey. Dick “Dickey“ Eklund, a man from a small town in Mass., became a success when he shared a boxing match with Sugar Ray Leonard. Going toe to toe with a boxing great was the highlight of Dickey’s life but he is now reduced to constantly replaying the glory of that moment in his head. Shifting the focus of the film from the boxing aspect to the relationship between the brothers allows this film to standout from the overused rags to riches story. This give the movie more substance and allows us to sympathize more with the characters as opposed to this being just another sports film. 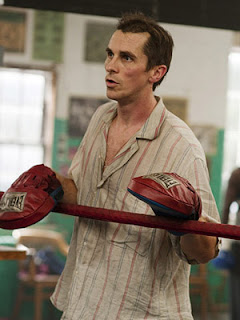 This touching gaze into Ward’s life is comprised of a number of impressive performances. Nearly every role in the film is portrayed well. These first-rate performances are headlined by Mark Wahlberg and Christian Bale. Bale, however, is the star of the film as his performance of Dickey Eklund is easily the best of his career. Bale’s masterful, scene stealing portrayal of Eklund is nothing short of Oscar worthy. He portrays the former boxer turned crack addict with a exquisite touch. Simultaneously, allowing the audience a multitude of feelings toward the performance. Bale steals the show from the opening credits and never slows down. He energizes the film, turning this from an average biopic into a unforgettable, enjoyable experience. Wahlberg’s performance is equally entertaining as well. It is just overshadowed by the stunning performance of Bale. Wahlberg’s depiction of Mickey Ward is a convincing treat. Wahlberg’s performance is the opposite of Bale as his is done more with body language and subtlety. Amy Adams and Melissa Leo both give some of their best performances to date. Adams as the strong willed girlfriend and Leo as Ward's overbearing mother. Both give commendable performances to bring this to life. 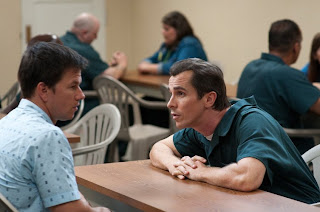 The Fighter allows us an enlightening glance into the life of Mickey Ward. The movie does a terrific job at illustrating the various obstacles that Ward overcame on his way to stardom. The film aptly displays the turbulent trials of family and life that Ward rose above to become the champ. The movie is filled with emotion spurring moments as we bear witness to the chaos that surrounded Mickey Ward's rise.  Christian Bale's performance is truly not to be missed as this is easily one of the better films of 2010. This is an inspiring tale that incites as well as entertains.