Mean Girls 2: A Deplorable Waste that Epitomizes the State of Today's Youth 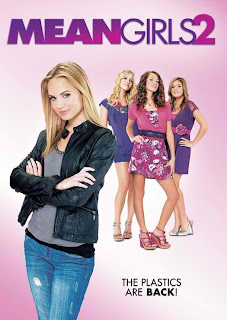 A well traveled teen arrives at in a small town where she is paid to befriend an outcast against a this generation version of the Plastics. 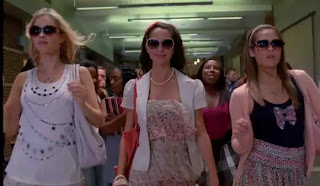 Mean Girls 2 is the boorish, misguided mockery that attempts to capitalize on the success of a prior imaginative film. The film is a direct to dvd sequel to the successful 2004 teen comedy, Mean Girls. This poor pillage of a creative story’s name and idea faintly teeters above absurdity.

The film is a travesty that occurs in a small town. The premise of it is identical to the original. It revolves around a series of pranks between a newcomer and a trio of mean girls in a meaningless battle for popularity within a high school. The film utilizes all of the technological addictions that today‘s youth surrender to in order to highlight and humiliate one another. Some of these pranks are mildly amusing but most of them are insensitively deplorable. 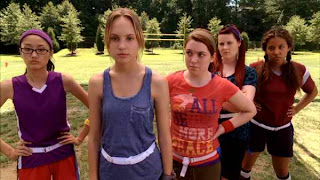 The movie epitomizes today’s youth obsession with acceptance and technology. This motion picture is great showcase for nearly every over-enthusiastic material fixation that today’s youth unwittingly succumb to. Mean Girls 2 is a fantastic appropriation of today’s youth obsession with status, popularity, and technology. Facebook, You Tube, and text messaging. You name it and this film utilizes it. They are all at the girls disposal to dispel the carnage to dismember one another’s stranglehold on popularity.

In spite of its shortcomings, the film has a good theme. Deeply intertwined within muddled subterfuge of this pestilence is a touching message about the value of true friendship and following one‘s dreams. In addition, the best aspect of this unmitigated disaster is that it is a great visual example that showcases an excellent message against one of today’s huge issues that plague today’s youth, bullying. It aptly displays a insightful statement about standing up for one’s self and fighting back against bullying. 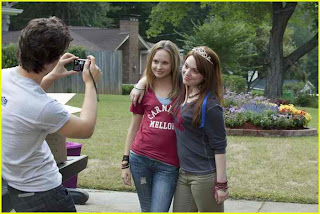 The original Mean Girls was creative and funny. It was surprisingly enjoyable. The film was filmed with some really high-quality talent. Lindsay Lohan, Rachel McAdams, and Amanda Seyfried all delivered some enjoyable performances as their battle ensued. This film just abuses the idea and rambles about for an hour and a half. This senseless debacle employs a cast of virtual unknowns to do its torturous bidding. Most of the cast are stars of cable pre teen television. The characters that this casts of novices portray are all completely self absorbed with a warped sense of reality. Conversely, Tim Meadows resumes his role from the prior film as Principal Meadows.

Mean Girls 2 is a an extremely disappointing, overly superficial film. I don’t know if there’s any reason to sit through this film. It has extremely brief flashes of enjoyment but they are miniscule given the length of the film. However, it will aptly entertain its target audience. Most teenagers and pre teens will find some level of entertainment within it but that only testifies to how easily they are entertained. The message within the movie will be overlooked as many teens will not appreciate it. Stay away from this movie and if you can keep your teens away from it as well.