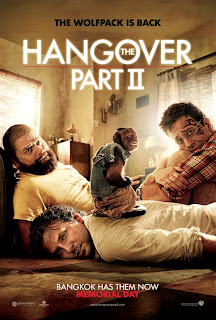 Rating:
***½
By: Da’Mon Guy
The Hangover pt 2 is a crowd pleasing, comedic happenstance that pushes the envelope of an R rating to induce some stomach churning humor. This hilarious continuance is one of the year’s most highly anticipated films as it returns to theaters on May 26, 2011. The film returns all of the original casts as the Wolf pack take a trip to Thailand for another adventure of hilarious decadence. The movie returns Phil (Bradley Cooper), Stu (Ed Helms), Allan Zach Galifianakis), and Doug (Justin Bartha) who all return for more amnesia-induced comedic debauchery. It also features Ken Jeong (The Goods), Paul Giamatti (Duplicity), Mason Lee (Chosen), Jamie Chung (Sucker Punch), and Sasha Barresse (Let Me In)The Hangover pt. 2 is directed by Todd Phillips.


The Hangover part 2 is the long awaited follow up to the hilarious comedic hit of 2009 that took audiences by surprise. This jocular follow up lacks originality but it isn’t lacking in laughs. Director Todd Phillips doesn't try to alter the hit formula as this Hangover follows the same premise as the prior film. 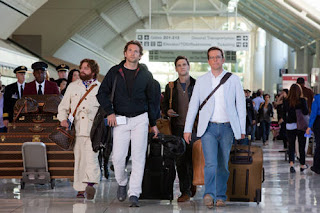 The Hangover pt. 2 begins exactly as its predecessor, invoking nostalgia and then sparking the audiences with its amnesia induced tale. This latest iteration feels like déjà vu as it is basically the same story with new details to breathe life into this hysterical experience. However, this new addition amps the outrageousness, raunchiness, and vulgarity to evoke a level of humor into the audience. 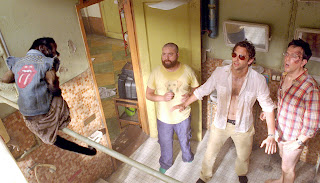 The movie is excessively raunchy as it has no bounds to garner a laugh. The film leaves no subject too taboo as it stretches the R rating to tap your funny bone. Sex, drugs, and the hysterical use of a monkey are implemented to send the audience into hilarious stupor. The Hangover pt 2 takes no prisoners as it will rip a laugh from the audiences. 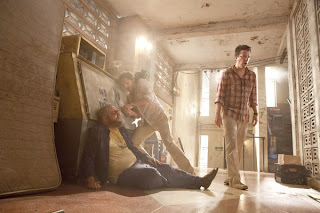 This highly amusing recurrence revolves around the same trio that went on a “roofee” influenced night of unmatched tomfoolery in Vegas. The mismatched trio all return to attend the wedding of Stu. Phil (Cooper), Stu (Helms) and Allan (Galifianakis) all return to more mischief. Phil and Stu’s situational comedic exploits are hilarious but it’s Zach Galifianakis who makes the most of his return. Galifianakis returns to the role that sparked his stardom and induces all of his witty repartee to spark the laughs. Allan idiocy is on full display as it is the starting point for most of comedy as Galifianakis spurs the audience with his comical exploits. Ken Jeong also returns in an expanded role as Mr. Chow to add to the comedic decadence. 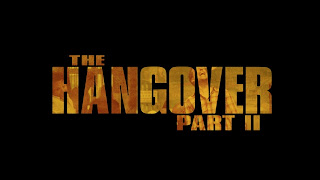 The Hangover pt. 2 doesn’t offer the audience anything new. If you liked the first one then you’ll love this one. The movie is definitely funny. Some of it is extremely raunchy but you will definitely laugh. This is the kind of movie that if you go to see it then you should know what to expect. It isn’t anything different but it makes for a hilarious ride the entire length of the film.
Posted by Da'Mon at 4:08 PM