Ultimate Avengers 2: A Near Perfect Continuance 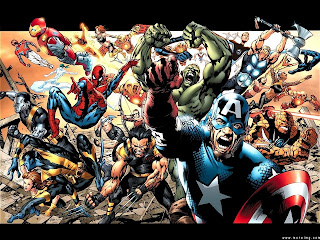 
Ultimate Avengers 2 (UA 2) is the direct to DVD follow up to the Marvel comics animated film Ultimate Avengers that premiered in 2006. This sequel debuted in the latter half of 2006. The film is based on The Ultimates, the same ground-breaking comic as the prior incarnation. The Ultimates were created for Marvel Comics by Mark Milar (writer) and Bryan Hitch (pencils). The Ultimates were originally developed with three reasons in mind. First, to re-introduce fans to the classic characters of the Avengers and to attract a new base of fans. Second and more specifically, it was intended to attract the fans who didn’t necessarily follow the history of the characters or who didn’t follow the canon of comics. And finally, the Utimates were designed to attract the audience who followed the films and not necessarily the hardcore comics fans. It was an updating of the characters in an attempt to draw a new younger fan base. The Ultimates were originally designed to be an anti-terrorist unit.