The Hit List: A Great, Dark Performance in a Direct to DVD Treat 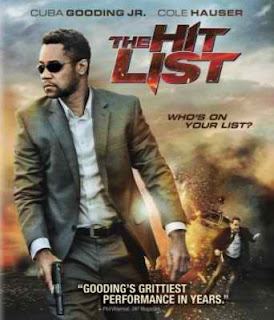 Rating:
***
By: Da'Mon Guy
﻿
﻿
The Hit List is an entertaining, tension-filled action flick that revolves around a cat-and-mouse game of life and death between a pair of unlikely adversaries. It ’s a direct to video treat that is carried by a gritty, dark performance by Cuba Gooding, Jr. (Lies and Illusions). It also stars Cole Hauser (The Family That Preys), Jonathan Lapaglia (A Beautiful Life), and Genny Wierick (Dark Moon Rising).


The Hit List is an action oriented undertaking that surrounds the dubious thoughts of regret and self-doubt. The film premiered in early 2011. The story is built around a chance encounter between two men and then a subtle, twisted connection arises out of turmoil. This warped perception of friendship then motivates a series of heinous events as “The Hit List” begins to take shape.


Continue reading on Examiner.com DVD review: The Hit List: A great dark performance in a direct to dvd treat - Baltimore Movies | Examiner.com http://www.examiner.com/movies-in-baltimore/dvd-review-the-hit-list-a-great-dark-performance-a-direct-to-dvd-treat-review#ixzz1n71wvAKh﻿
﻿
Posted by Da'Mon at 7:36 AM