The Town: "A Performance Driven, Drama that Doesn't Disappoint" 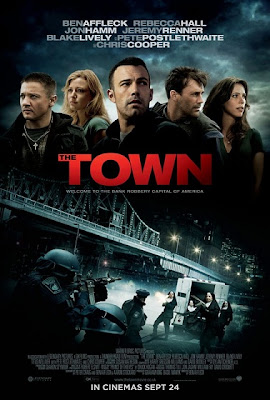 Rating:
***½
The Town is an enjoyable, performance driven, crime drama that focuses on a group of bank robbers. The film was directed and stars Ben Affleck (State of Play). It also features a superb performance by Jeremy Renner (The Hurt Locker), Jon Hamm (The Day the Earth Stood Still 2008), Rebecca Hall (The Prestige), and Blake Lively (The Sisterhood of the Traveling Pants 1&2), with appearances by Chris Cooper (Seabiscuit) and Pete Postlethwaithe (Clash of the Titans 2010).

The movie is set in Charlestown, MA, residents of the area call
Charlestown “the Town”, for which the film is aptly named after. The film uses the true chronology of the small town as its foundation for the story. The area is known for and has a history of producing a number of successful modern day bank robbers. Ben Affleck stars and directs. This is his second film as a director, conversely, this movie is not as good as his directing debut, Gone Baby Gone. 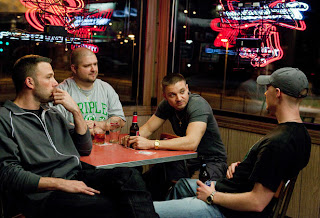 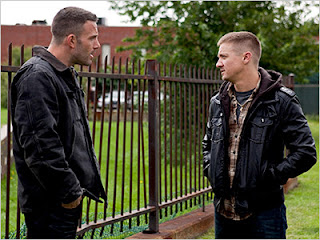 The Town is also comprised of a number of first-class quality performances. Renner’s superb depiction of the out of control, James Coughlin was the best performance in the movie. Renner has a penchant for these types of characters and was no different nor does he disappoint in his delivery of him. Affleck was equally entertaining as he is beginning to regain the form that he displayed early in his career. Chris Cooper and Pete Postlethwaithe as the florist both add to an already good cast.
The Town shows the meticulous handling of the robberies and that a treat. The bank robberies are well done. The action sequences are one of the highlights of the film. The action sequences are fast and intense. The film’s cinematography added a level of realism to the film although the placement of the camera had too much movement making some of the scenes slightly hard to follow.

I enjoyed The Town. The film is a good movie that will keep your attention throughout. The characters in the movie are well acted and the story isn’t bad. However, the film is extremely predictable. This was the only hindrance to a good film that prevents it from being better. The movie’s plot contains very little originality. The story unfolded just like you knew that it would and it detracted from the other aspects of the film that were very remarkable.