Rise of the Planet of the Apes: Don't Miss It 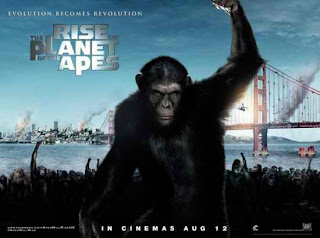 Rating:
*****
By: Da'Mon Guy ﻿
﻿
Rise of the Planet of the Apes is a multi-faceted, compelling chronicle that creatively utilizes a sci-fi premise to bring to life an engrossing story of emancipation and liberation. The movie is an absorbing, imaginative commingling of sci-fi and sci-fact that reinforces the desire of every living thing: freedom. The movie is a prequel to the classic 1968 movie, Planet of the Apes. The movie stars James Franco (127 Hours), John Lithgow (Leap Year), Andy Serkis (Lord of the Rings Trilogy), Freda Pinto (Slumdog Millionaire), Brian Cox (RED), Tom Felton (Harry Potter series of films), and David Oyelowo (The Help).
"Rise" is an enjoyable precursor that serves as an origin story for the 1968 classic film, Planet of the Apes. Much in the same as that film, both are based on the 1963 classic novel, Planet of the Apes by Pierre Boulle. This the (7th) movie in the series of films that are based upon the book. This film is the latest take on the book and arguably the possibly the second best, only being surpassed by the original. “Rise” aptly connects the dots that leads up to the return of Taylor (Charleton Heston) to Earth. It answers many of the questions that were raised by the story of the first film.

Continue reading on Examiner.com Movie review: Rise of the Planet of the Apes: Don't Miss It! - Baltimore Movies | Examiner.com http://www.examiner.com/movies-in-baltimore/movie-review-rise-of-the-planet-of-the-apes-don-t-miss-it-review#ixzz1WRtX7Whl
Posted by Da'Mon at 3:47 PM