Batman Year One: An Entertaing Variation to the Origin of The Dark Knight 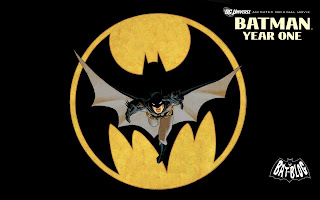 Rating:
***1/2
By: Da'Mon Guy
﻿
Batman: Year One is an entertaining, insightful tale that induces a more humanizing perspective to the larger than life persona of one of the more iconic characters of modern folk lore. This humbling narrative also creatively establishes the symbiotic relationship that lies at the heart of the Batman universe. The film depicts a real world outlook on the early exploits and origins of one of the modern day icon. The film features the voices of Bryan Cranston (Breaking Bad “TV series), Ben McKenzie (88 Minutes), Eliza Dushku (Doll House “TV series”), Katee Sackhoff (Battlestar Galactica “TV series”), and Alex Rocco (Smokin’ Aces).


Batman: Year One is an eye-opening, realistic undertaking that uniquely interweaves a dual perspective on the beginnings of a pair of the core characters of the Batman universe. This is the latest animated movie from DC comics that was inspired by the comic of the same name that premiered in 1987. Batman: Year One chronicles the arrival of Jim Gordon, the rise of Selena Kyle to the character of Catwoman and Bruce Wayne/Batman and impressively intertwines them all to create the foundation of this story. It’s a fantastic showcase that details the early struggles and duress that each faced on their way to joining forces to rid the streets of Gotham City of corruption and crime. 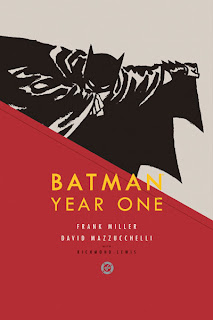 The courageous exploits of Batman’s early career are mostly a back-story of the narrative as they are shown in quick flashes as Batman: Year One isn’t really The Dark Knight’s story. It predominately focuses on the Jim Gordon dynamic of the story. A unique, advantageous perspective of Jim Gordon’s rise is utilized and shows some of the never before seen elements of his origin. The tale gives a detailed, dated monthly account of their symbiotic genesis. Gordon’s story is the more interesting of the two perspectives. It adds a fresh take on the story. This approach also adds a humanizing, very sympathetic element to the larger than life super hero element of the tale. 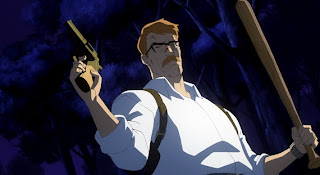 An intriguing story of corruption which manages to infuse many of the well known aspects of the origin Batman. It showcases Batman in a new light. He is unsure, uneasy, not the confident, self assured hero that he is known as. This iteration is about him trying to find his niche.

The film shows an extremely dramatic version of the source of motivation for Bruce Wayne’s inspiration for the use of a bat to make it his namesake. It also infuses and adds a twist to one of the more famous scenes from Batman Begins. Last but not least, this enlightening expose manages to incorporate a number of characters from a combination of multiple incarnation of the usage of Batman, from the movies to the comics Vicki Vale, Commissioner Leob, Detective Flask, Carmine Falcone, Harvey Dent all make appearances in film. 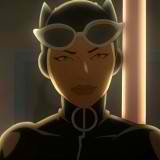 Batman: Year One is a fairly entertaining, enlightening perspective of the ascension of Bruce Wayne to the mantle of the Dark Knight. The story features a some eye-opening aspects that will delight fans of the character. However, it moves at a very slow pace and isn’t the most action packed usage of the character. Hardcore fans will have a greater level of appreciation for “Year One.“ It is a good watch but not a must see.