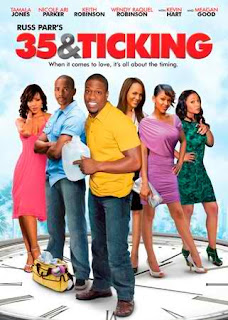 35 & Ticking is a humdrum, disjointed story which offers a mildly enjoyable combination of drama and comedy. The film premiered in limited release in 2011. It’s a movie that covers a multitude of relationship issues that are prevalent in modern society. One of the overriding themes of the film addresses is the self induced biological clock that society tends to place on women to have the desire to have a child by a certain age. In addition, the film attempts to provide a modern outlook on multiple aspects of heterosexual interactions, from relationships to dating to marriage.

For the full review, continue reading at:
http://www.examiner.com/movies-in-baltimore/dvd-review-35-ticking-a-midly-enjoyable-take-on-modern-relationships-review﻿