Pirates of the Caribbean: On Stranger Tides: Nothing New just More of the Same 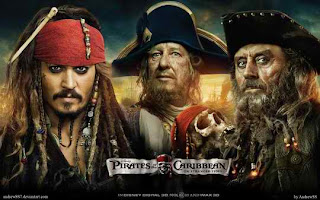 Rating:
***
By: Da'Mon Guy
Pirates of the Caribbean: On Stranger Tides is the swash-buckling, thrill-seeking epic that continues the legacy and adventures of notorious but quirky pirate, Capt. Jack Sparrow. This latest film is about a quest for the legendary Fountain of Youth that implements the same entertaining fusion of fantasy, comedy and action that has made the series of films successful. The film returns Johnny Depp (The Tourist), Geoffrey Rush (The Warrior‘s Way), and Kevin McNally (Valkyrie). It also introduces new comers such as Penelope Cruz (Sex and the City 2), Ian McShane (Case 39) and to the franchise.


Pirates of the Caribbean: On Stranger Tides is the daring, extravagant 4th installment in the incredibly successful series of films. This iteration attempts to implement the many of the elements of the same formula that made the prior trio of movies a success. It also returns many of the characters from the franchise that has now been going strong for nearly ten years. The first Pirates film debuted in 2003

for the full review, continue reading at: