Colombiana (2011): An intriguing, emotional rollercoaster of a film 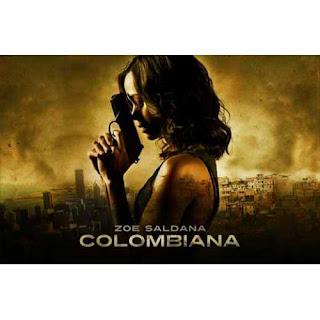 Rating:
***
By: Da'Mon Guy
There aren’t many female action stars that have been elevated to the status of being a “bad ass” that is on par with the male action stars. There are even fewer who actually fit the title and make the movie as well as the role work for them. Most movie fans can name on one hand the number of classic heroines that are forever burned into the psyche of movie lovers. Sigourney Weaver’s Ripley (Alien Quadrilogy), Linda Hamilton’s Sarah Connor (Terminator 1 & 2), Kate Beckinsdale (Underworld series), and Mila Jovovich‘s Alice (Resident Evil 1-5) are probably the top four that come to mind. It’s an extremely distinguished but short list. Colombiana attempts to add a new name to the list. The film stars Zoe Saladana (Takers), Jordi Morella (Knight and Day), Lennie James (The Next Three Days), Michael Vartan (Monster-In-Law), Cliff Curtis (A Thousand Words), and Amandla Stenberg (The Hunger Games).


Colombiana is an action-oriented, multifaceted showcase that attempts to combine a deep emotional film with elements of intense action to bring forth the unique tale of revenge, retribution, and absolution. The film is highlighted by excessive gun play and state of the art violence. Colombiana is a mildly successful merging of the combination of two of the current trends in modern action films. It features the implementation of a female as the star of the film and then it adds that deeply personal story that tries to add depth to the character. The movie is a good throwback to the action movies of old (Commando, Hard to Kill), however, it does utilize the newest Hollywood take on action movies like The American. It follows the current trend in action movies, it’s not just your average shoot em’ up bang bang movie but it’s an action movie with heart.