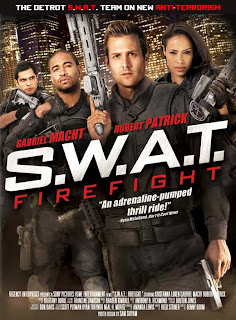 Rating:
**1/2
By: Da'Mon Guy
S.W.A.T: Firefight is a below average, incoherent flicker of entertainment that infuses some stereotypical, overused character archetypes with some pathetic, random action sequences to produce a lackluster crime thriller. The latest incarnation is a mundane experience that utilizes a number of clichés and stereotypes that are merged with a dreary story of an elite police squad. The film stars Gabriel Macht (Love & Other Drugs), Kristinna Loken (In The Name of the King), Carly Pope (Stuntmen), Giancarlo Esposito (Rabbit Hole), Robert Patrick (The Men Who Stare at Goats), and Shannon Kane (Madea's Big Happy Family).
S.W.A.T: Firefight is a lackluster, sad attempt to use an existing brand name to seduce movie lovers into to enduring this catastrophe of an action movie. The newest iteration is a direct-to-DVD follow-up to the S.W.A.T. film that debuted in (2003). Both films are based on the classic television show from the 1970’s. 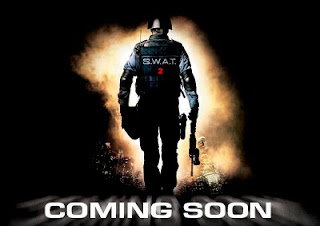