The Ghost Writer: A Lackluster Mystery that Misuses a Talented Casts 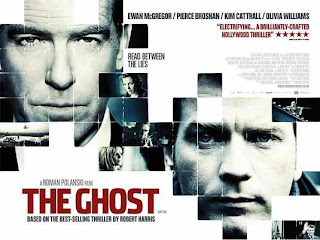 Rating:
**1/2
By: Da'Mon Guy
The Ghost Writer is a painstakingly boorish, lifeless pilferage that is a complete and unmitigated waste of the talented actors that comprise the film. This insufferable calamity is a torturous chore of viewing that drearily drags the audience through its tedious attempt at a mystery. The film stars Pierce Bronsnan (Percy Jackson & the Olympians: The Lightening Thief), Ewan McGregor (The Men Who Stare at Goats), Kim Cattrall (Sex and the City 2), Olivia Williams (Hanna), Tom Wilkinson (Michael Clayton), Timothy Hutton (The Last Mimzy), and Jim Belushi (Cougars Inc).


The Ghost Writer is an inexcusable, second rate snooze fest that attempts to induce a level of suspense into an awful, mundane story that barely entertains. This anesthetic mishap surrounds a secret manuscript of Adam Lang, a former prime minister who has been charged with war crimes. The film is based on a book by Robert Harris.


Continue reading on Examiner.com DVD review: The Ghost Writer: a lackluster mystery that misuses a talented cast - Baltimore Movies | Examiner.com http://www.examiner.com/movies-in-baltimore/dvd-review-the-ghost-writer-a-lackluster-mystery-that-misuses-a-talented-cast-review#ixzz1f5z7CqkV
﻿
Posted by Da'Mon at 7:13 AM