The Double: An unexpected direct to video treat 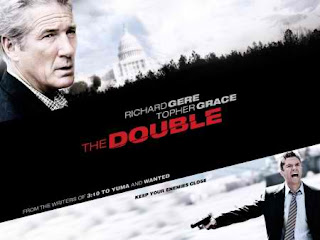 ﻿
In the last few years, the number of direct to video features has greatly increased. The rise in the production as well as the increase in the number of DVD’s that are purchased has paved the way for movie producers to create more venues for actors. These films often employ the use of A-List actors to attract viewers to them. However, the entertainment value of these features are often not up to par. Many of the film feature quality actors but have sub par stories that result in complete abuse of fan loyalty. The Double is one of those films that breaks that unfortunate but recurring situation. It’s a really good suspense that is complimented by two really good performances by two actors from different generations.

The Double is an engaging, suspense-filled happenstance that revolves around the attempted capture of a former Soviet hit man who now masks himself as a FBI agent. It is the another example of a direct to video feature that (employs) the use of good actors to solicit viewers. The film stars Richard Gere (Brooklyn‘s Finest), Topher Grace (Take Me Home Tonight), Martin Sheen (The Amazing Spiderman), Stephen Moyer (Priest), and Odette Yutsman (And Soon The Darkness).