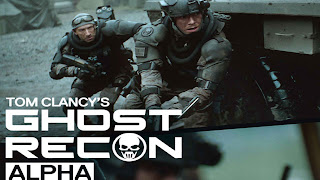 ﻿
The emergence of the popularity of video games have made them a prime resource for the development of films and cartons based on them. This new surging platform has afforded movie makers with a viable resource that comes with a devout, pre-existing fan base allowing for the media that is based on them to be extremely successful. One of the latest examples of this is displayed as the Ghost Recon franchise recently released a direct to video short that is based on the games.


Tom Clancy’s Ghost Recon Alpha is a vigorous, innovative approach to film making that brings to life one of the more popular video games of the modern era. The film is a prequel to the video game that is entitled “Ghost Recon Future Soldier.” It is the latest example of this generations passion for technology.
Click the link for the full review:
http://www.examiner.com/article/dvd-review-ghost-recon-alpha-a-sucessful-recreation-of-a-popular-video-game?cid=db_articles