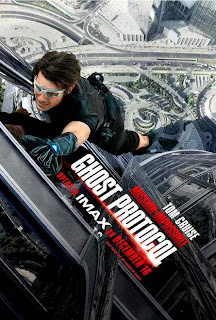 There have been a lot of films that have been derived from television shows. There are even fewer that live up to the shows that they are based on. And yet even fewer that outdo the shows that were used as a starting point for these films. The Mission Impossible franchise is one of few films that has outdone the television show that it was based upon. Mission Impossible 4: Ghost Protocol is the adrenaline inducing, spectacular extravaganza that renews an adrenaline junkies fervor for action movies. It’s the fourth film in the long running franchise. The movie stars Tom Cruise (Tropic Thunder), Jeremy Renner (The Avengers), Paula Patton (Jumping The Broom), Simon Pegg (Star Trek 2009), and Tom Wilkerson (The Debt).


Mission Impossible 4: Ghost Protocol is a captivation, action packed continuance that infuses strong themes of atonement & redemption, teamwork & overcoming past demons to bring to life the newest addition to one of the more successful franchises in modern movie history. The film is stocked with some great action sequences to become the spectacular fourth addition to the long tenured franchise. 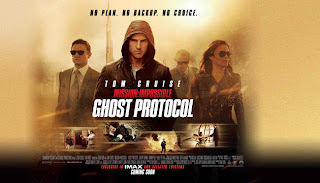 ﻿
For the entire review, click the link below:
http://www.examiner.com/review/dvd-review-mission-impossible-4-ghost-protocol-the-best-mission-yet
Posted by Da'Mon at 2:26 PM