I Am Number Four: "A Trav-Sham-Mockery" 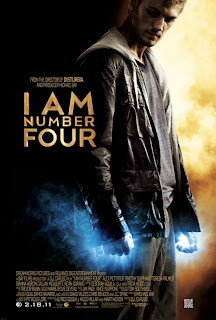 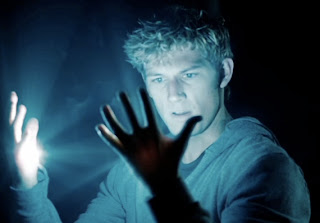 The Twilight saga has raped and ravaged the vampire genre and because of it’s perplexing success, there are going to be a number of films made in its mold. Its petulant touch has now begun to extend into other genres. I Am Number Four is the latest victim of the sickening Twilight formula. This mind numbing coming of age tale tries to emulate the same success that the Twilight saga has had by attempting to apply the concept to science fiction. I Am Number Four is based on a series of teen books written by John Hughes. 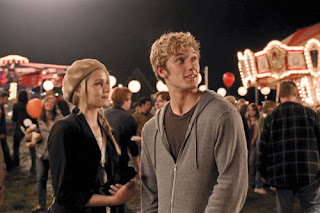 I Am Number Four suffers in so many ways that I don’t know where to begin. Its biggest downfall is the rouse that this inexcusable waste of time attempts to pull off. The film is a trav-sham-mockery as it tries to convince the audience that this is an action oriented science fiction film, but the reality of the film is that it’s a moronic, sappy teen love story. There isn’t anything sweet or entertaining about the stomach-churning, superficial nature of the budding romance between John (Pettyfer)and Sarah (Agnor). The senseless, misguided, melodramatic love story consumes too much of the length of the film. Turning from a promising sci fi tale into another crappy teen love narrative. 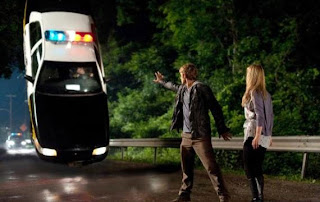 In additon, the film speeds through much of the details of the film that would build plausibility and make the audience care about the character. John is introduced but we never get the opportunity to have any feeling for John as the movie whizzes through any details about his background other than the voiceover at the beginning of the movie and a scene where he burns some photos. Another downfall in the unfolding of this misfortune, is the unexplained ability to control his power. Henri (Olyphant) is supposed to be his protector and teach him to use his abilities but by the midpoint of the film, John has full control of his abilities without any guidance. 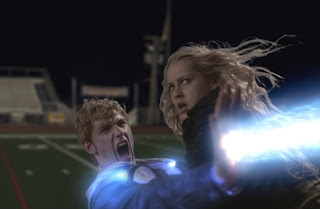 There are very few positives about this misguided disaster. The best part of this life diminishing debacle is the minimal amount of action that it exhibits in its waning moments. The visuals as well as the action are first rate. The limited introduction of the them however, is an enormous detractor from the entertainment value of this teen focused depravity. It also has a limited number of good acting moments within it. Kevin Durand is moderately entertaining in his portrayal of the Moog leader. He is the lone bright spot in an enveloping darkness of disappointment. 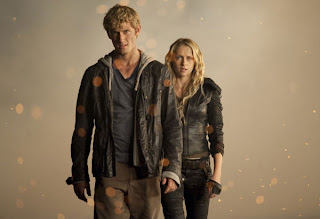 I Am Number Four is a complete waste of potential. The premise of the film had a ton of potential but it is completely wasted as it shifts its focus to the misguided love story. The film completely ignores the promising foundation that it lays in order to divert its focus to the stomach-turning, teen love story and advancing this particular film in order to set up a sequel. That is evidently clear from the halfway point of this disaster. It never yields any clear background about john other than the few words that he talks about in a voiceover at the beginning and the end of the film. It’s bad enough that Twilight has completely devastated the entire concept of vampires and werewolves but now the copycats will attempt to do the same by applying that to other genres and its latest attempt is to destroy the sci fi genre. What’s worse is that this won’t be the last disastrous attempt to steal some of Twilight’s thunder as they’ll be more to come. If you dare to proceed, Kevin Durand as the Moog leader and the action of this horrid disaster are the only reasons that merit the viewing of I Am Number Four, the rest of it should be burned.