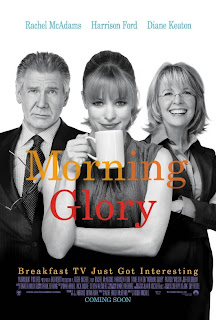 Rating:
***½
By: Da’Mon Guy
Morning Glory is an enjoyable, energetic, feel good happenstance that is fueled by an all star cast that compliments one another and blends together terrifically. The movie is tells the story of an aspiring young executive producer whose creativity and passion forces a dreadful, decaying morning news show to do a 180 degree turn. The film is highlighted by some outstanding performances by Rachel McAdams (The Time Traveler’s Wife), Harrison Ford (Indiana Jones films), Dianne Keaton (Mad Money), Patrick Wilson (A-Team), Jeff Goldblum (The Switch), Matt Malloy (The Bounty Hunter), and John Pankow (Bride Wars).

A young aspiring producer undertakes the daunting tasks of reviving a last morning talk show. The show is a complete calamity until Becky Fuller (McAdams) induces some personality and inspires the entire staff to follow. 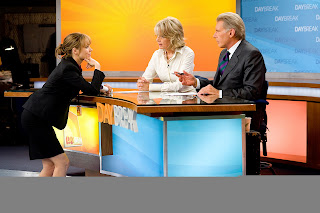 Morning Glory is an entertaining, humorous experience. The film premiered in limited release in November 2010. It is an excellent mixture of romance and comedy as it provides a witty, jocular perspective on the cutthroat world of television journalism. This is one of the few romantic comedies that successfully manages to handle the difficult task of finding a balance between the two of them perfectly. 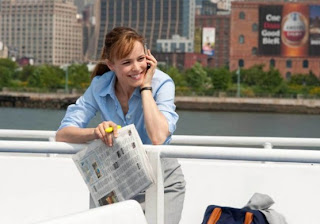 Rachel McAdams shines from the opening moments of the film. She brings a vibrant, charismatic charm that captivates the audience throughout. Her exquisite portrayal of Becky Fuller polarizes and drives the film. McAdams is adding to her fine list of performances and this is easily one of her top three performances, only being surpassed by The Notebook and The Time Traveler’s Wife. 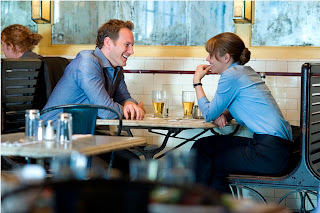 This upbeat happenstance is highlighted by a mosaic of Hollywood talent that features a number of excellent performances. Morning Glory succeeds because of McAdams shining performance and the excellent chemistry of the entire cast. Harrison Ford gives one of his better comedic performances as the stubborn, ornery TV anchor, Mike Pomeroy. Pomeroy’s cantankerous, crabby attitude paves the way for much of the comedy in the film. McAdams and Harrison Ford have excellent chemistry as contrasting personalities. Fuller as the youthful, cheery, full of life producer and with an positive outlook on the potential of the problematic morning show and Pomeroy as the aging, crabby reporter whose past glories haunt him adding to his despicable attitude. In addition, Dianne Keaton provides an excellent supporting role as Colleen Peck. Keaton and Ford’s on screen jockeying was some of the most entertaining moments of the film. Each member of it has at least one good comedic moment. Matt Malloy as Ernie Appleby, the weather man, also provides some excellent comedic support as the proverbial guinea pig for a number of the slapstick comedy moments. 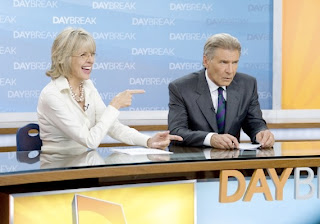 Morning Glory is a feel good, fun film. The movie is comprised of a great cast with great chemistry. The movie is entertaining throughout. The film is stocked with some good performances that highlight a delightful, stylish story. Morning Glory is an entrancing occurrence that is a good vieiwing that will satisfy any hardcore or casual movie lover.
Posted by Da'Mon at 10:35 AM