The Next Three Days:"A Captivating Thrill ride of a 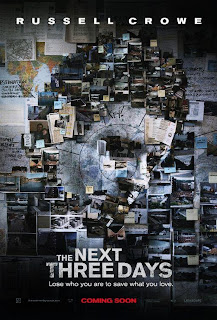 A woman is arrested for a crime she didn’t commit. After numerous legal attempts to prove her innocence fail to set her free, her husband decides to break her out of prison. 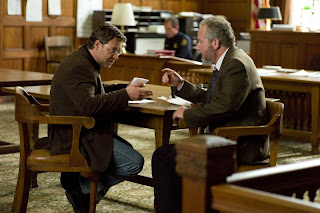 The Next Three Days is a gripping tale that will keep you engaged from the opening moments. The film is a great showcase of the strength of family. It shows the love, courage, and determination of one man to reunite his family. The film’s story is extremely engrossing. The details of Laura Brennan’s crime are never disclosed in full detail as the plot unfolds. The story only gives the audience enough to make your own judgment. A great plot device as it allows for the audience to question her innocence as the story unfolds. 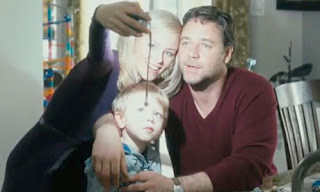 The Next Three Days focuses on the effects that the imprisonment of Laura Brennan has on her family and the subsequent events that surround the escape that her husband, John Brennan devises to free her. The bulk of the film revolves around the actions and the meticulous planning that John devises in order to free his wife. It eloquently handles the careful preparation, showing a plausible plan that the audience can relate to and believe in. John sacrifices every material possession and even risks his own personal safety to implement his shrewd course of action. 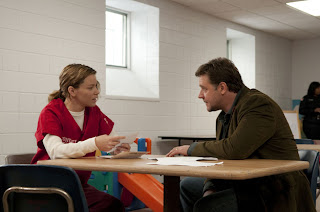 This captivating whodunit creates a great level of tension and anticipation. There are a number of subtle nuances induced into the story to raise the level of reality of the film. The audience is made to feel like an accomplice in the planning of the potential jailbreak. With every step of the plan, the audience captivated as the anxiety engrosses you. With every triumph or failure during the implementation of the process, you are completely frozen in anticipation of the outcome of the film. 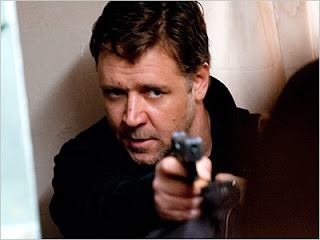 The Next Three Days is composed of a number of good performances. Russell Crowe gives one of his better performances as the loving, determined husband and father, John Brennan. Crowe carries the bulk of the film with his convincing depiction of Brennan. He gives an emotional, spirited performance that is sympathetic as well as inspiring. Elizabeth Banks demonstrates her range in acting within this film. Banks provides an emotional, genuine performance as the alleged murderer. Her performance is an excellent compliment to Crowe. The Next Three Days is stockpiled with talent who all make quality contributions to the film. Brian Dennehy, Olivia Wilde, and Liam Neeson all make good cameos. 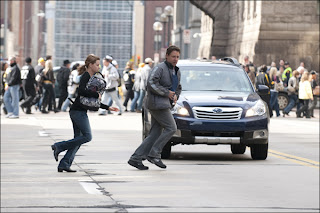 The Next Three Days is an excellent watch. The film is a terrific story that will captivate throughout. It has a conteplative nature to it that forces you to question John Brennan's motives but it also forces the audience to sympathize with him. It almost forces you to cheer for them to get away during the climax. The climax of the film is completely engaging and will have you on the edge of your seat until the final moments. The movie is an entrancing must see.
Posted by Da'Mon at 7:07 AM