The Tourist: A Disappointing Exploitation of Star Power 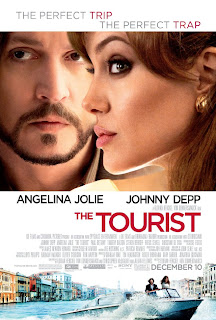 Rating:
**1/2
By: Da’Mon Guy
The Tourist is an extremely disappointing, mundane happenstance that completely mismanages a trio of great Hollywood actors. The movie is a second-rate mishap that is slightly entertaining enough to warrant a showing in the theaters. It’s a tedious chore that attempts to merge action and suspense. This disheartening tale features Johnny Depp (Alice in Wonderland), Angelina Jolie (Salt), Paul Bettany (Legion), Timothy Dalton (Hot Fuzz), Steven Berkoff (Beverly Hills Cop), and Rufus Sewell (The Illusionist).


A chance meeting with a beautiful woman quickly turns into a espionage-novel like experience for a tourist. He is quickly submerged into a life of deception and intrigue. 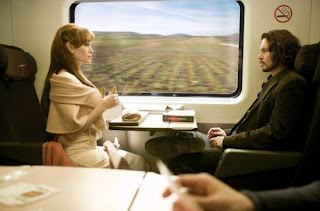 The Tourist is a lackluster, disappointing misuse of the stockpile of star power that it is comprised of. It’s a great example of how talent alone does not ensure the success of a film. The film has so much promise strictly based on the A-list Hollywood actors that star in it. The movie, however, turns out to be an extremely humdrum fiasco that only offers brief glimpses of the talent that it had at its disposal. 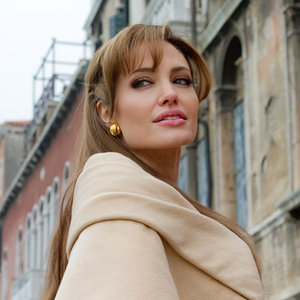 This debacle is a unexceptional suspense story that barely packs any punch and is nearly a snooze for most of its running time. The story starts off well but it never excites. It builds no tension as the mystery that surrounds our “lovers” never captivates. The film‘s tone dallies back and fourth between brooding and campy. It never truly establishes either one of them which adds to the subtraction from the film‘s entertainment value. The action of the film is barely enough to incite any form of response. The scenes are boorish and uneventful. They lack the power to elicit any form of response. 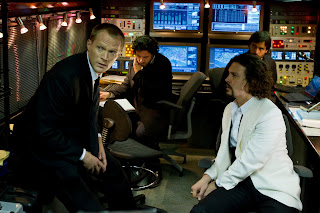 It's an underachieving farce that is a complete misappropriation of resources. The story is uneventful and predictable. In addition, not one of the great actors within offer any outstanding performances. Johnny Depp and Angelina Jolie are utterly abysmal as the would be lovers. There was barely any chemistry between them. We never feel anything between Frank (Depp) and Elise (Jolie). There are a few exchanges where the sparks should fly but this story never enchants the audience. In each of the scenes where there’s a chance to emotionally enthrall the audience, the film falls flat leaving the audience with the feeling like the end of a bad first date. 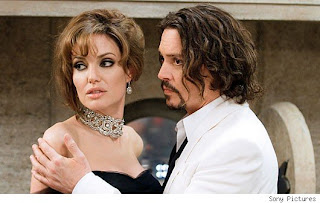 The Tourist is a travesty. It’s a complete let down in every facet. The story is tedious and boorish. The film is barely endurable. The actors are first-rate but all give second-rate performances. The film contains three talented actors and none of them offers the audience any level of satisfaction. Jolie and Depp are basically eye candy in the film. Paul Bettany, Rufus Sewell, and Timothy Dalton are thrown in just to get a check.  However, based on the stars that attracted us to it, it’s an unmitigated disappointment. It’s barely good enough to be a movie of the week on a cable channel. The film is grand theft larceny. It steals our money, attention, and time. We all need to press charges and give everyone involved in the production 2 to five years of hard time without parole.