The Green Hornet: "A Disappointing, Mishandling of a Classic Character" 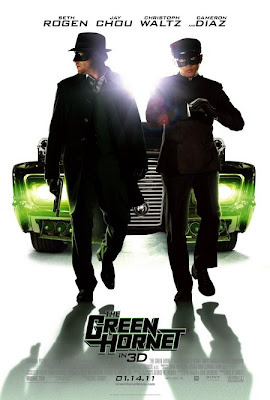 After the murder of his father, the son of a high profile news paper owner, decides to don a mask and pose as a criminal in order to bring justice from within the criminal world. 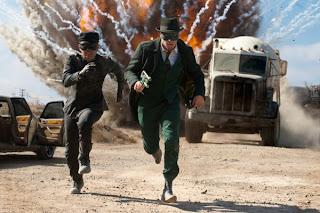 The Green Hornet is the first disappointing film of 2011. Seth Rogan doubles as the star and a co-writer of this re-imagining so he bears most of the responsibility for this miserable tragedy. Rogan turns the film into a comedic farce. This calamity induces too much humor and not enough action as it focuses too much on the comedic banter between Rogan & Jay Chou.
It never addresses the real bond between Kato and Reid. The film quickly whisks them together and off to start the begining of the comedic mischief. Rogan completely mishandles his depiction of the Green Hornet. Instead of Rogan making a slight attempt to adjust his performance and get into character as the Green Hornet, he forces the character to blend into his usual comic style which completely up displaces the focus of the film. The movie quickly becomes another vehicle to showcase the usual Seth Rogan style of comedy. He swallows the character in his own displaced ego trip.

The film has a few short-lived bright spots that entertain but no where near enough to justify the viewing of this debacle. Some of Rogan usual comedic style and antics were pleasing. In spite of its excessive usage, the camaraderie between Rogan & Chou was fairly entertaining. The duo’s rendition of “Gangster’s Paradise” was one of the better moments in the film. 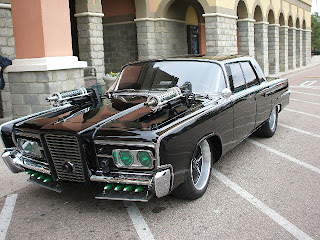 The two best aspects of it were Kato & the Black Beauty. Every other aspect of the film needs to burned. Chou exquisite depiction of Kato was a tribute to Bruce Lee as well as being the only reason watch this travesty, if you are brave enough. Chou’s fighting scenes were Matrix like and equally as impressive. One aspect that makes Chou’s performance more impressive is the fact that he couldn’t speak any English at the beginning of the production of the movie. Chou learned the language during the filming of the movie. The film’s recreation of the Black Beauty was fantastic. The movie reintroduces movie goers to the famous car and does it in grand fashion. The car roars into the film and entrenches into film car history. Conversely, the film completely mismanages the talents of some well established actors such as Tom Wilkinson, Edward James Olmos, & Cameron Diaz.

Muddled within the absurdity of this train wreck is a really warm theme. The movie speaks profoundly about family and true friendship. The movie shows how children try to live up to the immense pressure that parents place on them. Rogan’s character was constantly chasing his father’s approval even after his death. Never being able to (finish, living up to expectations)This was the overall theme of the film from the first scene.

This was an extremely disappointing movie. The film completely misuess the entire concept of the character. The film’s light hearted nature was a welcome change to the more serious, dark themed nature of current super hero films. However this squandering mishap never truly becomes a super hero film. It uses the super hero aspect of the film as a sidebar to Rogan’s unneeded comedic tomfoolery. The movie’s focuses too much on the comedy making it almost juvenile. Seth Rogan is probably the worst excuse for a costumed hero ever. Rogan insults the super hero genre with this pathetic attempt to modernize the Green Hornet. The character was never that great but with Rogan’s petulant touch, he literally discredits ever super hero themed film in the last 10 yrs.
Posted by Da'Mon at 6:36 AM