All Star Superman: " A Terrific Story of Sacrifice" 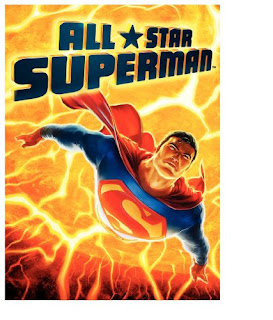 ﻿
Rating:
****
By: Da’Mon Guy
All Star Superman is an enjoyable continuance in the surging modern day usage of the comic book genre. This stirring animated tale features the Man of Steel is easily one of the best uses of the character to date. The film is composed of an all star voice that features James Denton (Tortured), Christina Hendricks (Life as We Know It), Anthony Laplagia (Winter Solstice), Ed Asner (Up), Arnold Vosolo (The Mummy trilogy) and Francis Conroy (Stone).

﻿
As a result of rescuing a spaceship before it crashes into the sun, Superman overloads his blood cells causing them to decay. He is soon made aware of his impending death. Before his imminent demise, Superman is forced to reevaluate his life and address issues that he has put on hold in order to maintain his dual persona. 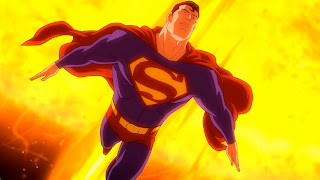 All Star Superman is the latest animated feature from DC comics direct. It is based on the DC Comics mini series that was released in 2005. It was a twelve-issue ﻿comic book series of the same name that featured Superman that ran from November 2005 to October 2008. The series was written by Grant Morrison. It is one of the better stories that utilizes one of DC Comics flagship characters. This latest iteration is easily the best animated use of the Man of Steel. This enlightening perspective is possibly the fourth best live action story to feature the character, only being surpassed by Superman 1&2 and rivaling the last motion picture use of the character, Superman Returns. 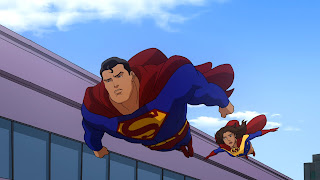 This animated fable is an exquisite addition to the on going use of one of our modern day icons. It’s a captivating tale that aptly showcases the best of the characteristics that surrounds the mythos of Superman as this touching story unfolds. This particular narrative gives us a delightful, humanizing glimpse into the larger than life comic icon. All Star Superman humanizes the character in a way that is both intimate and enlightening. It is possibly the most touching version of Superman to date. The film incorporates many of the aspects that have endeared our culture to this character which make him iconic. All Star Superman ingeniously displays the outstanding character traits such as his strong sense of justice and unwavering sense of morality that defines the character. 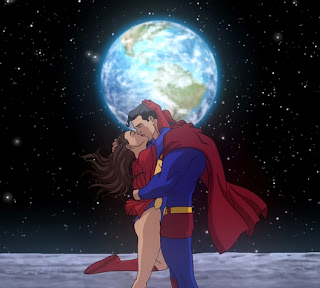 Conversely, the aspect that separates this version from prior incarnations is that it also delves more into the human side of Superman. This particular yarn unveils a side to the defining of this character that is not often focused upon. This incarnation displays his Fortress of Solitude in a new light. Within the fortress, Superman’s more human aspects are revealed. His desire for “hobbies” and pets are exposed as never before. The film also shows the classic portrayal of the bumbling, clumsy Clark Kent. It displays the great lengths that Superman undertakes in order to maintain his secret identity. The classic awkward often ungraceful Clark is on full display but with a slight twist. 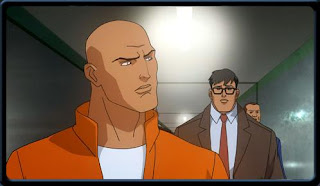 All Star Superman addresses the two dynamic relationships that have endeared Superman to the American culture. It focuses on the two relationships that are synonymous with the story of Superman, Lois Lane and Lex Luthor. Superman finally admits his dual identity as well as his undying love for Lois Lane. This revealing expose also offers an enlightening perspective into the character of Lex Luthor as well. The film stylishly displays the hated obsession that he has for Superman. It discloses the true reason for the Luthor’s hatred of Superman. This is a topic that hasn’t been uncovered in this depth in a motion picture adaptation. All Star Superman is one of the few venues that exhibits the interaction between Lex Luthor and Superman’s alter ego, Clark Kent. It shows that level of respect that Luthor has for Kent.

The film’s only detractor is that it furthers the obsession with killing the heroic icon. All Star Superman is a look into the final days of the man of Steel. This is the second animated adaptation to kill the Man of Steel. In more recent years, some of fans have a problem with the magnitude of Superman’s abilities. Voicing their displeasure that he isn’t grounded enough in reality like some of the other comic book character like Marvel comics’ X-Men. In accordance with trying to satisfy a particular fan base, DC comics has scaled back some of Superman’s power. Even attempting to kill him in order to reinvent him as a less powerful individual. All Star Superman sadly supports that notion. In spite of the excellent story, All Star Superman satisfies the “Haters” and kills Superman in the end with a noble, heroic demise. 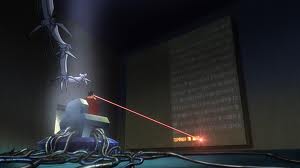 All Star Superman is one of DC comics direct best animated features to date. It rivals DC comics Batman: Under the Red Hood as their best film. This particular representation of the Man of Steel incorporates aspects from every live action incarnation of Superman. From the George Reeves black and white tv show to Superman (Christoper Reeve) to Smallville and everything in between. The film will appeal to both hard core and casual fans. The movie is a must see for any one who has ever heard of the character. Watch it and enjoy.