The Company Men: "An Underachieving Collection of Talent that Showcases What Happens when Life Throws a Curve Ball" 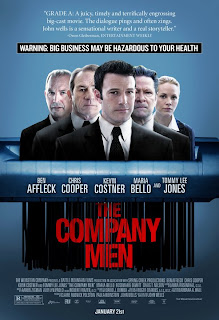 Rating:
***
By: Da’Mon Guy
The Company Men is a moderately entertaining yet touching, performance driven drama that focuses on the life of some of the employees of a major company that try to adjust after losing their jobs because of corporate cut backs. The film features an all star casts such as Ben Affleck (The Town), Tommy Lee Jones (Men In Black 1&2), Chris Cooper (The Town), Kevin Costner (Mr. Brooks), Maria Bello (Grown Ups), Craig T. Nelson (The Proposal), and Rosemaire DeWitt (Rachel Getting Married).

When the GTX Corporation must cut jobs to improve the company's balance sheet during the 2010 recession, thousands of employees will take the hit, like Bobby Walker (Ben Affleck). Bobby learns the real life consequences of not having a job. Not only does he see a change to his family lifestyle, and the loss of his home, but also his feelings of self-worth.(Imdb.com) 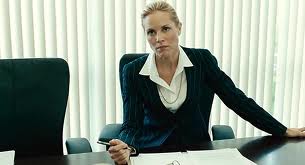 The Company Men is a star studded collaboration that duly details the struggles of adjusting when life throws a curve ball. The movie is a that story centers on a year in the life of three men struggling to preserve their way of life after a round of corporate downsizing at a major company, GTX. The film illustrates how the loss brings change and how it affects them, their families, and their communities. 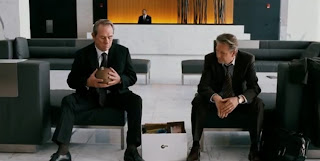 The movie is a good collection of talent that isn’t used effectively making the end result nothing spectacular. However, the film is one of the more “real” movies that you will seen as this is a movie about life. It appropriately depicts how dependant that many people become on their careers and how some jobs can define someone. The movie uses three different men at different points in their respective careers and lives as a vehicle to express the trials and tribulations of family as well as attempting to re-entering the job hunt after being entrenched in one job for an extended length of time. 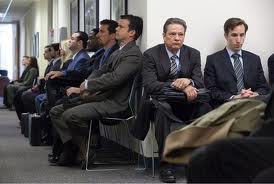 The film deals with a number of issues that victims of corporate cutbacks are faced with. The film terrifically addresses a number of issues such as self doubt, self worth, suicide, the burden of responsibility to ones family, sacrifice, obsession with materialistic possessions, and most importantly, the value of family. This is the better films that is thematically driven. 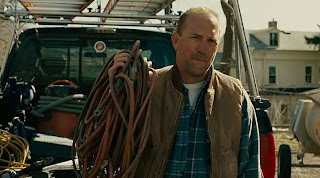 The Company Men is stockpiled with a number of great Hollywood talent but it falls short in terms of entertainment. While the movie is true to life and illicitly depicts the struggles that can occur, the movie doesn’t wow you or impose its will upon the audience. In spite of the collection of talent that it possesses, it really only contains one commendable performance. Tommy Lee Jones, Kevin Costner, and Chris Cooper all give nothing more than a mediocre showing with Ben Affleck as the lone standout of the talented quartet. Affleck continues to return to the acting form of his earlier years in Hollywood. He provides a good performance as Ben Walker. Affleck’s portrayal is very convincing as he impressively conveys the multitude of emotional highs and lows that his character undergoes as he loses many of the material possessions afforded to him. Kevin Costner is enjoyable in his limited time as Jack Dolan, Walker’s brother in law, who bears the voice of the working class man. Dolan consistently heckles Walker as he resents Walker’s corporate standing. 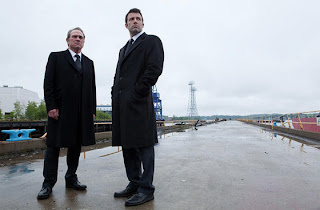 The Company Men is simply an informative look at the recent financial disaster. The movie doesn’t wow you but it is a moderately entertaining film that will hold your interest for the duration of it. Despite being stockpiled with a number of talented actors this movie fall short in entertainment value. I would consider it a slight disappointment based upon the stockpile of talented actors that it has but it’s a good watch to pass the time. The movie moves a at a very slow pace so don't watch it too late. Don’t expect anything great but you can still find a level of enjoyment as you view this.