Man On A Ledge: A non stop whodunit that will have you cheering 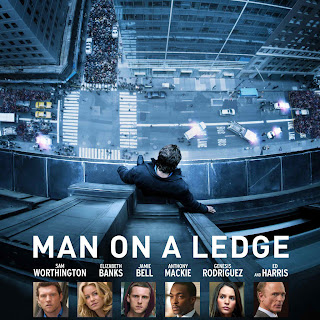 ﻿
Man on a Ledge is an enthralling, mesmerizing narrative that effectively intertwines the combination of action and suspense to bring to life a modern whodunit. It’s an gripping modern day mystery that will have you on the edge of your seat throughout. The film stars Sam Worthington (Wrath of the Titans), Elizabeth Banks (The Hunger Games), Ed Harris (History of Violence), Anthony Mackie (Real Steel), Jamie Bell (The Eagle), Ed Burns (Echelon Conspiracy), Genesis Rodriguez (Casa De Mi Padre), and Kyra Sedgewick (Gamer).

Man On A Ledge is the story of a wrongly accused former police who attempts to clear his name after being convicted of the theft of a precious diamond. Nick Cassidy escapes from prison and then devises a clever scheme to redeem himself and prove his innocence. This is a well crafted whodunit that creates a good level of suspense as well as inducing a great deal of tension and anxiety. The film has a pulse pounding and attention grabbing nature from its opening moments. The film grabs the audience and delves them deeper and deeper with each passing minute.

Finish reading! Click the link:
http://www.examiner.com/review/dvd-review-man-on-a-ledge-a-non-stop-whodunit-that-will-have-you-cheering?cid=db_articles
Posted by Da'Mon at 6:54 AM