The Three Musketeers (2011): A light hearted Reintroduction of the Classic Characters of French Lore 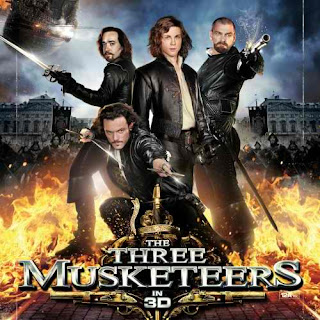 ﻿
In movie making, there are a few timeless characters that are used over and over again. The ageless characters have seen countless reinventions. Some good and some not so good. There are characters like Frankenstein, Dracula, and King Arthur have made there way into the imagination of movie lovers in countless incarnations. One of the latest to receive a modern face lift is The Three Musketeers. The Three Musketeers is a bold, swashbuckling modernization of the epic characters. This is first motion picture adaptation to utilize the characters since The Musketeer (2001). The characters of The Three Musketeers have been used in over 30 films since their initial inception. This latest version of the Musketeers stars Logan Lerman (Percy Jackson and the Olympians: The Lightening Thief), Orlando Bloom (The Good Doctor), Mila Jovovich (Resident Evil: Afterlife), Ray Stevenson (Thor), Madds Mikkelson (Clash of the Titans), and Christopher Waltz (Water For Elephants).

The Three Musketeers is a fast paced, jocular perspective on the tales of the legendary characters of French lore. This is the latest updating of the classic characters that were introduced over a century ago. The Three Musketeers were created in 1894 by Alexandre Dumas. The book
was entitled “Les Trois Mousquetaires” this latest usage of the characters.
Click the link to continue reading:
http://www.examiner.com/review/dvd-review-the-three-musketeers-2011
Posted by Da'Mon at 6:16 AM