Drive: An Unusal Story of Love and Sacrifice 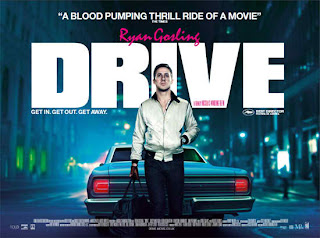 The days are long gone when you could walk into an action movie and you knew just what you were getting yourself into. A good shoot em’ up bang bang with a little story in between. Some of the action movies of today compel one to long for those days gone by as modern film making has adapted a slightly different approach to the delivery of the genre. The current trend in modern action films are to focus more on what makes the character tick as opposed to just the delivery of the characters deeds or how character does what they do best. This causes the films to have a deeper approach to the characters however in the same regard it causes a great deal of the action to be lost. Drive is the latest manifestation of the modern day morphing of the action gene. Drive is an intense, offbeat combination of drama and action that creatively uses cinematography in conjunction with a tender story to bring forth a unusual tale of love, sacrifice, and revenge. The film stars Ryan Gosling (Crazy Stupid Love), Carey Mulligan (Wall Street: Money Never Sleeps), Ron Pearlman (Season of the Witch), Bryan Cranston (Breaking Bad: TV series), Christina Hendricks (I Don‘t Know How She Does It), Oscar Isaacs (Sucker Punch), and Albert Brooks (The In-Laws).


Drive twists the usual action story with some heartwarming storytelling in an attempt to give a fresh perspective to filmmaking. It revolves around the story of a an unlikely bond that is formed by a trio of lonely individuals. Ryan Gosling stars as “Kid/Driver” (they never speak his real name) a talented stunt driver who doubles as a getaway driver. Based on the book by James Sillar.