Safe House: An insightful, showcase of the cost of freedom 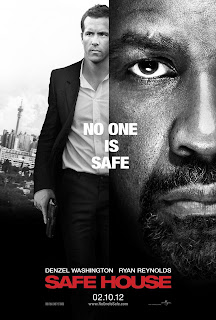 In the modern movie industry there are few stars that have the unmitigated drawing power of Denzel Washington. Washington’s star power is nearly unmatched as there aren’t many with his resume and ability to command the screen. Whether it’s an action film or a great dramatic performance, Denzel Washington is clearly a Hollywood great. Adding to his already impressive list of characters, Washington’s last role as Tobin Frost turned out to be one of his better performances as the action thriller, Safe House recently premiered on home video.﻿


Safe House is an captivating, adrenaline inducing scenario that unites two of today’s biggest stars in order to breathe life into an riveting thriller. This is a riveting take on the aspects of the costs of freedom that the United States government fights to keep from the public. The film stars Denzel Washington (Unstoppable), Ryan Reynolds (Green Lantern), Brendan Gleeson (The Raven), Sam Shephard (Fair Game), Robert Patrick (S.W.A.T. Firefight), and Vera Fermiga (Source Code).

Finish reading! Click the link:
http://www.examiner.com/review/dvd-review-safe-house-an-insightful-showcase-of-the-cost-of-freedom?cid=db_articles
Posted by Da'Mon at 6:50 AM